Chaos and Control - Everyone is an individual

For those who wish to establish a relationship with Satan.

Topics of discussion include: Demons, Magick, Satanic Witchcraft and much more! Chaos and Control - Everyone is an individual

A common knee-jerk reaction that is ingrained in many is one simple sentence: "You can't do that".

This is in regards to the behavior of people. We live in a world that is formulated on connections and relationships with other beings and things. Everything has a mind of its own, its own emotions and feelings, personality, power, energy, and experiences. To put it in other words: everything is unknown potential. Everyone is a piece of unknown chaos in the world. This is because we are all individuals.

When someone says "you can do whatever you want" - the automatic reaction is "no you can't", right?

Understand this. Yes, every living thing in this world can do whatever it wants. That is no falsity. This is something we understand very well, subconsciously. We feel the natural chaos that everyone holds within themselves as a living individual in this world. Thanks to the degeneration of proper spiritual knowledge, people react to these deeply subconscious signals negatively because, naturally, it is frightening. You have no control. Everything else in this world has the full ability to make impacts on you, your life, the life of others, and their own life (positively and negatively). Just as you do.

Someone could walk into your life tomorrow and hurt you, or love you, share a gift with you, or lie about you, steal from you, or offer you help - infinite possibilities of actions and impacts. Even someone you have placed trust in could turn around and ruin your life all of a sudden. We have no control over the thoughts, feelings, emotions, and actions of others. So how do we commonly respond to this? We try to eliminate the unknown potential by controlling others, limit them, manipulate them to behave in certain ways so you don't get impacted in ways you don't want. We try to pull on the reins of others and herd them into a locked room beating that sentence "you can't do that" into their thoughts.

As a visual example: say you are with a dog. It approaches you but you do not know if the dog is going to bite you or not. You don't want to be bitten, so you put a mussel on the dog, even though the dog has done nothing. You mussel the dog because you are afraid of simply the possibility it will bite you, because you don't have control over the dogs actions, as it too is an individual.

This is the result of the fear of being unable to control the unknown of others. This is what the enemy does, and teaches others to do to each other. Why? Because you limit their power and free will. Rather than a powerful individual, you have a tamed and obedient slave to your personal will. So long as these "slaves" have no power, they can't act against you, so it makes us feel secure in the world. (I use the term "slave" here to reference the fact that by doing this one is denying others of their freedom of thought, action, and will in the way a slave master denies a person their ability to act against the slaver through control).

This not only halves the power potential of others, but also your own, because you only remain strong enough to continue to control the actions and thinking of others, rather than letting them be free individuals, and rise yourself up as the power of others rise. It's a competition effect. If the competition isn't gaining any power and remains beneath you under your control, one subconsciously does not seek to improve any higher because there is no reason to. The mind understands that "if there is nothing competing against me, then I do not need any further power as I must already be the strongest".

Competitive power encourages us to keep getting stronger, because this subconscious understanding of the unknown of others, naturally drives us to continually build our strength and power to handle the unknown potential of others when they choose to enact their own will in the direction they choose. This is one reason why the enemy insists on equality and "everyone's a winner, no losers" - no competition means no natural encouragement to be stronger. No other energy is pulling you to keep going higher, and you end up setting a limited standard for how high others can go.

Knowing this, and being SS... why do we still believe that simple sentence?

The Gods have no fear of humans having power, and I think I've managed to understand more deeply why. Because they are not afraid of the unknown of others. They are secure in themselves, and their own power, and they continue always to grow their powers, and encourage us to do the same. The Gods know they can handle the unknown of others, and desire for us to become strong enough to do so as well.

We are encouraged to be individuals, gain knowledge and think for ourselves, and do so following the example of the Gods, because this brings into existence a powerful world and powerful people, that is balanced and free. They already figured out long ago how to live in a harmonious world.

Fearing the potential of what others MIGHT do to us, and enact control and manipulation to prevent these unknowns, does not create a strong world and people. It instead weakens the entire system.

Consequence is given, received, and decided based on how others handle your actions and you handle theirs (whether that be in a positive or negative way). Not because "you can't do that". This is the line people give when they themselves do not have the power to stop you if you choose to do an action they disapprove and/or are afraid of. It is a subtle begging, telling you not to even think of being able to commit certain actions, because they are afraid of these actions being done on themselves by others. This is often coming from a place of powerlessness and feeling helpless (because of the fear of lack of control).

People can choose to do bad things, and based on how others handle their actions, they will receive different consequences. But they will receive nothing if no one decides to handle their actions in that way. We kick up a stink about injustice and crime, and people getting away with bad things. That's what happens in a world that has weakened people. One can't have justice, if they are not powerful enough to act on it.

Decide, not to control others for fear of what they might do, but continue rising higher in knowledge, wisdom, understanding, and power, so you are ready for anything that may come your way, now and in the future, and others can grow to be strong as well. The Gods are not afraid of our power, why are we afraid of each other's power?


Side note: just realized this is also the basis for many phobias as well. 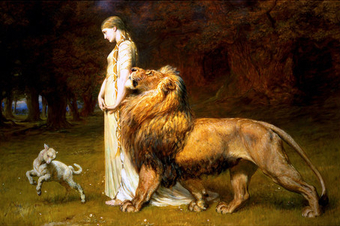 "There is no such thing as 'coincidences'. Things happen because someone decided to make it happen."
~ my Guardian Demon

"Guard your focus like it's the most precious thing to you. Focus, for a mage, is one of the most powerful tools we possess."
~ jrvan

The meaning of life is to live it.

Practical things:
| Making Clothes At Home | How to Preserve Food? | Recipes for our Holidays |
| Ending an argument before it begins | Small Tips to Help Protect Against Energy Draining |
Top
Post Reply
1 post • Page 1 of 1